About Andrew
Andrew Skelton brings innovative design, high quality materials and attention to detail to a wide range of projects from small domestic commissions to large public schemes. His work is generated through involvement with clients, response to location and excitement about materials and the process of making.
Website 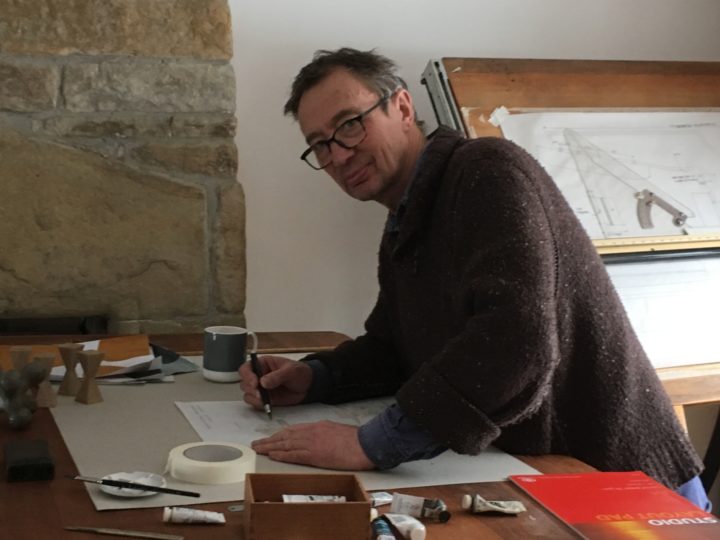 Andrew’s initial training was as an architect but the desire to be more hands on led to furniture making - a path which he has been following for nearly 30 years in his workshop in the Peak District just outside Sheffield.

Nearly everything Andrew makes is a direct response to the needs of the client and the function and location of the work. Each commission brings new opportunities and unique solutions.

‘I like to think of my work as being robust – generated by simple ideas and simple geometry. The complexity and delight coming from the interaction of the shapes as you move around a piece and the contrast of materials and textures.’

Outside of the workshop he has recently been working for a local authority to commission public art works and has found that the opportunity to work with artists and local communities has broadened his approach to his work.

Keen to share his experiences Andrew has written about furniture making and taught in a variety of capacities including community education evening classes and as course leader of a degree course.

Andrew studied architecture at the University of Newcastle upon Tyne in the late 1970s and was awarded a research MA in Art and Design from Sheffield Hallam University in 2004.

He has undertaken commissions for the National Trust, schools, churches and other organisations and a number of public seating projects for local authorities.

He was course leader for BA Hons Applied Furniture Studies New College Nottingham from 1999 to 2004.