About Armando
Armando began his design career as a child, building Lego furniture for his sister’s dolls. However, it took many years before he was able to reconnect with his love for making things and had the opportunity to train in furniture crafts. His work features clean lines and sweeping curves - grounded in his interest in geometry and architecture, but inspired by his love for art, music and literature. The warmth of the wood, the elegance of the lines, the simplicity of the details, and the quality of the work comes together to create unique pieces that are practical and beautiful.
Website 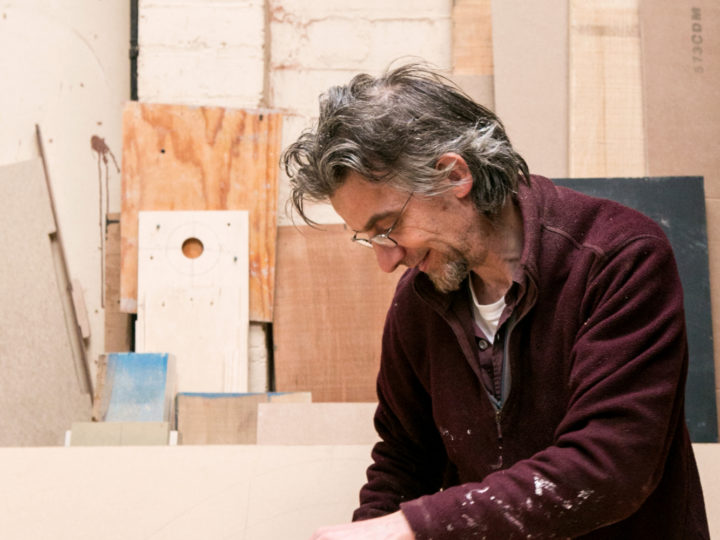 As far back as he can recall, Armando has always enjoyed playing with wood. One of his earliest memories is of playing with some oddly shaped wooden building blocks in his grandparents' house. Only later did he realise that they were in fact offcuts from the furniture workshop across the road. Later on, he spent long afternoons taking apart packing crates, straightening the rusty nails, and nailing the boards back together to build play houses. By the age of 11, he had set up his own “falegnameria” in a broom closet, in his parents' house.

His education however took an academic direction, away from any hands-on training. Later, a career in youth work, outdoor education and personal development training took him from Italy to the United States and then to Britain. It was here that he started training in formal furniture making, achieving Distinction in City and Guilds qualifications at Warwickshire College, in Leamington Spa and was awarded a medal for excellence.

He then went to work as a cabinet maker for Robin Furlong, making bespoke fine furniture. Among the pieces he made for Robin, is the Gullwing Cabinet that was awarded the prestigious Guild Mark by the Worshipful Company of Furniture Makers.

From 2001 to 2008 he was responsible for the Furniture Crafts courses at Warwickshire College and in 2009 he achieved his BA (Hons) in Furniture Design at the Rycotewood Furniture Centre in Oxford, and started his own business.

He is now based at The Studio in Warwick, a space he shares with other craftspeople and artists. However, he is still involved in education, teaching evening classes at Warwickshire College.

In 2009 he was accepted as a Licentiate (Distinction) in the Society of Designer Craftsmen and became a full Member in 2010.

He is also a member of the Furniture Designer Makers Association, a national and international network of fine furniture designer makers and is an occasional contributor to Furniture and Cabinet Making magazine.

2009 - Worshipful Company of Furniture Makers - Certificate of Merit for Credenza