About Gillian
Gillian’s fascination with making paper started through being introduced to Japanese papers while studying wood engraving. She has been making paper from plants since 1973 using primitive oriental methods, the fibres being beaten by hand. Her research has focused on colouration, watermarking techniques and the inclusion of 23.5ct. gold leaf in the paper; Japanese images have played an important part in her designs. Gillian has travelled widely to research papermaking, also teaching and exhibiting her work. 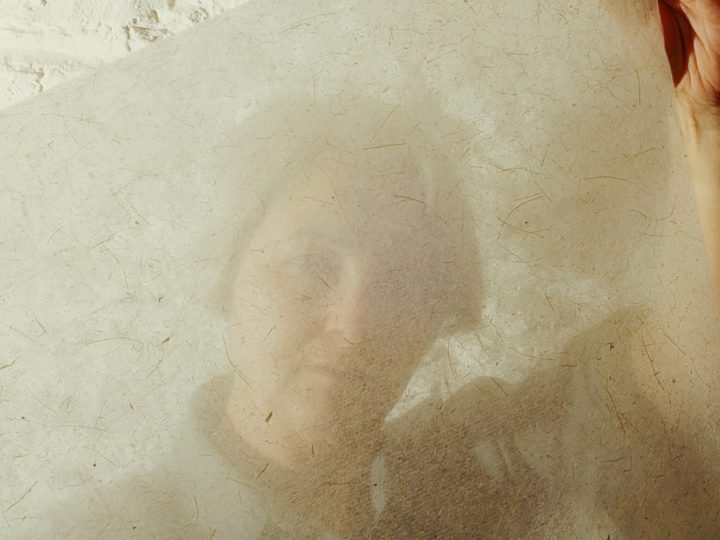 Major commissions include a Japanese Tea Ceremony room in London and a four panel folding screen for the Crown suppliers both made in collaboration with Alan Peters OBE.

Gillian has exhibited as a Fellow of The Society of Designer Craftsmen in the Mall Galleries having joined the association in 1986.

She is also a member of Make Southwest, formerly known as the Devon Guild of Craftsmen, exhibiting with them since 1976. In 1987 she organised and designed their exhibition ‘Papermakers - from Ancient Traditions to Modern Technology’.

She has published a number of articles and journals about her experiences and participated in television programmes with Channel 4 and BBC2.

1983
Working visit to the workshop of master papermaker Tsuneo Naito at the foot of Mount Fuji, Japan

1987
The first of numerous conference trips to the USA as a member of the association ‘Friends of Dard Hunter’ (now North American Papermakers). Studio visits with papermaking colleagues led to several teaching and exhibiting opportunities in the US.

1994 & 1996
Invited to Malawi to research indigenous plants to make paper in, and for, schools where paper was non existent. A scholarship awarded by the The World Wide Fund for Nature allowed her to return to Malawi to continue this educational work.