About Isabel
Contemporary crafts maker Isabel Howe specialises in laser cut embroidery, a technique she has developed using a laser cutter, wood, and silk threads to create her unique work. 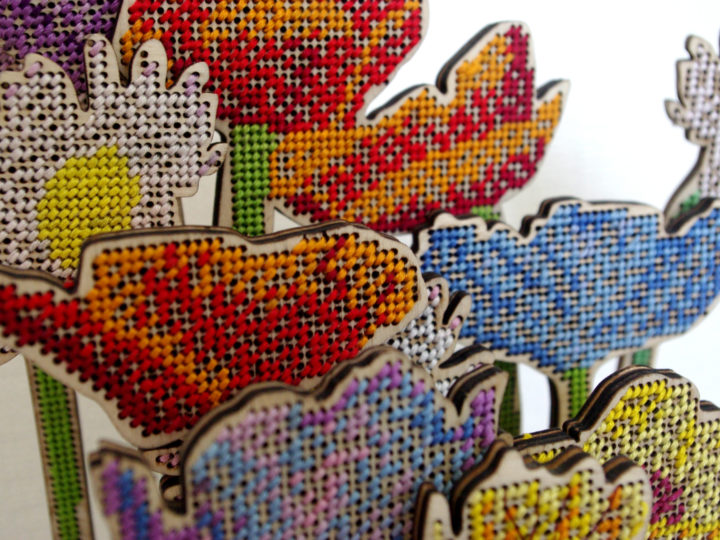 Isabel's love of colour and nature influences her work. Using contemporary techniques with traditional elements, her work is a modern take on the berlin wool work which was originally used on tapestries. Exploring victorian floriography meanings to encourage the viewer to take a look at the finer details. Incorporating different countries and cultures, she uses her travels as inspiration for different series of work.

'My Floral Travels' with the Oxford Embroiderers Guild. March 8th 2017.​