About Jeremy
Jeremy was Abbotsholme School's first GCE A-Level Woodwork pupil. Establishing a workshop in 1973, Jeremy Broun has always said something new in his furniture and other wooden artefacts - about material, technique, structure, form or function. He trained originally as a Handicraft teacher at Shoreditch College and is a self taught designer. Nominated a Fellow of the Society in 1979 he has won numerous awards and exhibited extensively. He has lectured in colleges in the UK, Ireland, Finland and Australia. Jeremy is also an author, musician and YouTuber.
Website 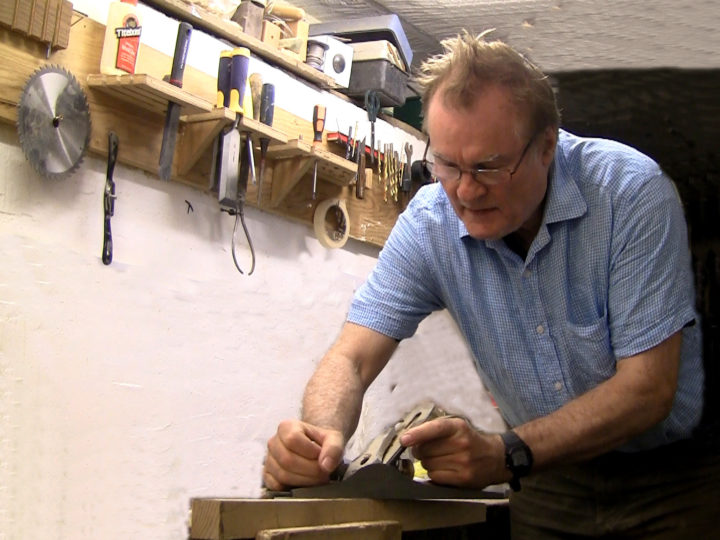 Jeremy's influences come more from the Scandinavian and Italian approaches to design and making. Working in a furniture factory on the production line early on was the most valuable experience as Jeremy uses efficient methodology and a balance of hand and machine methods to achieve original pieces, some of which are produced as repeats. He also creates lighting and builds innovative guitars.

1971 - Member of the College of Craft education (MCCEd) - National prize for written exams.

1979 - Fellow of the Society of Designer Craftsmen.

1980 - Sold an innovative cabinet at The Sotheby's First Sale of Contemporary British Crafts.

1997 - Invited to lecture and exhibit in Finland representing the UK at the WOODO conference in Turku.

2005 - The Professional Woodworker of the Year Award.

2009 - Invited to become a Fellow of the Royal Society of Arts.

2018 - The Revised Edition of The Encyclopedia of Woodworking Techniques to be launched for UK and USA markets.

Jeremy Broun has a YouTube channel called WOODOMAIN which has around 500 videos, 12 million views and 72,000 subscribers (June 2018).

He is currently a judge for The Alan Peters Award For Excellence - encouraging makers under 30 years of age.