About Kuniko
Kuniko's practice is rooted in the material processes, with a strong influence of design craft aesthetics informed by her subject specialism in sustainable textile design and Japanese traditional woodcarving. She examines the connection between humans and nature, where artificially created forms are anthropomorphic and remnant of organic ones. The focus is on the idea of life cycles in Japanese culture and religion, with further influences from western models of explorations of materiality, consumerism and the everyday, such as the Arts and Crafts Movement by William Morris.
Website 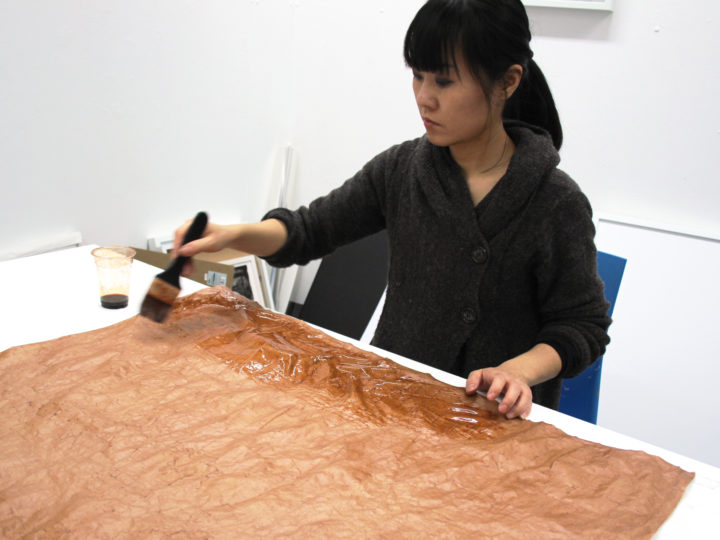 Kuniko Maeda is a London-based Japanese artist. She seeks to explore the connections between nature and ourselves, through the use of specific materials. She works with paper, often recycled, partly because of its many common uses, easy availability and its therefore unappreciated nature. Paper also has an adaptability and elasticity when set within a variety of configurations. By exploring the possibility of materials and their unique properties, she allows the materials to speak and embrace abstraction.