About Leonie
Leonie's practice is about making thrown simple abstract forms that address notions of scale, functionality and the vessel. She aims to create a language of form, which regardless of scale, has an essential elemental quality. She works in earthenware, stoneware and porcelain and fires in both oxidation and reduction.
Website 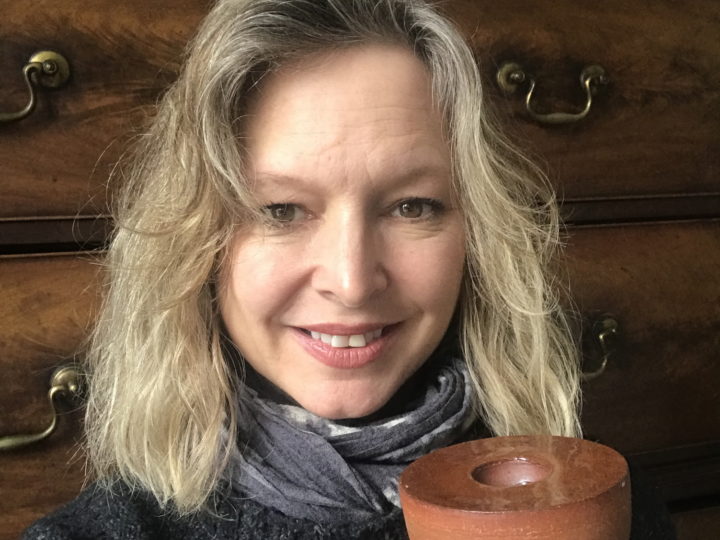 Leonie's work aims to harness her fascination with the physicality of Nature; its monumental solidity, stillness and quiet, by distilling recollections of an intrinsic sense of place. She works in thrown abstract series, forging collections of filtered responses, questioning the notion of scale. She achieves this by balancing volume, proportion and the outline of a piece, juxtaposing a flat hard edge against a rounder softer surface. This creates tensions between the clarity of the form and the finish of the piece. She often adds coloured oxide inclusions into the clay body in order to imbue a sense of permanence and longevity. She achieves this by mixing porcelain with combinations of oxides that either speckle or bleed through the clay body when fired. This process allows for ‘decoration’ to be integral to the piece, allowing the form to not be interrupted. She frequently polishes the surfaces with a diamond pad to make them very tactile, but also juxtaposes surfaces whether tonally with slip or glaze to create a ‘chiaroscuro’ effect in order to strengthen the forms. Often she throws these forms upside down on the wheel, creating double walled vessels, generating forms where you would expect to find interior voids.

Selected to exhibit at The Oxford Ceramics Fair by the

The Hand of the Maker – SDC, Chelsea College of Art, London

“A Playful Search for Beauty”, chaired by Hole & Corner.

A Discussion on the Importance of Material, Process and Approach in Ceramics.