About Nancy
Nancy is a textile artist specializing in machine embroidery on cotton and wool. She creates one off pieces, ranging from small framed works to larger hangings. Her pieces are landscape based and inspiration is gained from walking and wild swimming in her local surroundings.
Website 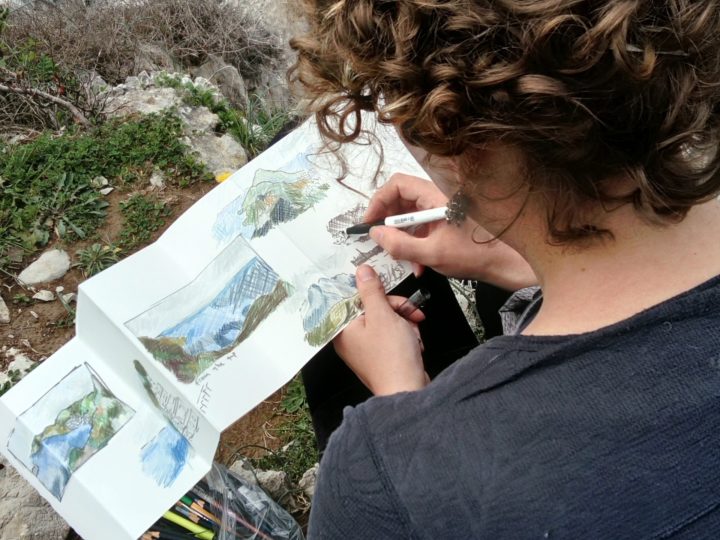 Nancy studied at Dundee University, initially focusing on mixed media using paper and print, before discovering a love for textiles and stitch.
She uses hand stitch and machine stitch on cotton and wool, using a variety of cotton and metallic threads. Each piece is completely unique.

Nancy works from her natural surroundings and experiences of walking and wild swimming in her native Cumbria. She mainly focuses on water based pieces and often does quick, abstract sketches before starting a piece.

Nancy has a B.A. HONS in Fine Art from the University of Dundee (Duncan of Jordanstone College of Art and Design) 2008-2011

She has exhibited her work nationally in the following exhibitions: