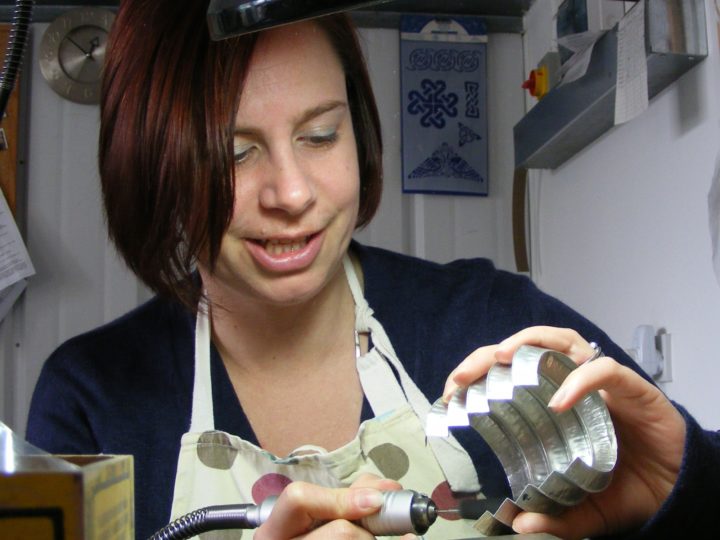 nbNg is the work of Nettie Birch. Nettie is a self-taught jeweller who, after redundancy in 2008 started her full time business, Ng Jewellery. She discovered fold-forming in 2009 and, after a year perfecting the technique, changed the focus of her work to concentrate solely on the discipline. The joy of fold forming, for Nettie, is watching the metal move and allowing unexpected movements to define new directions. Often the resulting shapes need careful consideration as to how to make into wearable jewellery and engineering new connections is all part of the challenge.

She has also spent the last year adding the traditional skill of raising to her repertoire, producing small vessels in aluminium & copper.