About Silke
Enamelling, stones and textured metal are the main elements in Silke’s designs. Silke is passionate about the protection of the environment and wild animals, the inspiration much of her work. Many pieces in this collection are enamelled. With this series “Endangered Species” Silke would like to draw attention to the plight of wild animals like elephants and tigers, as well as insects like bees. Her colourful work is further influenced by nature and Tai Chi, as well as art and opera. During last year's and this year's lockdowns, Silke learnt some new techniques now prevalent in her work. 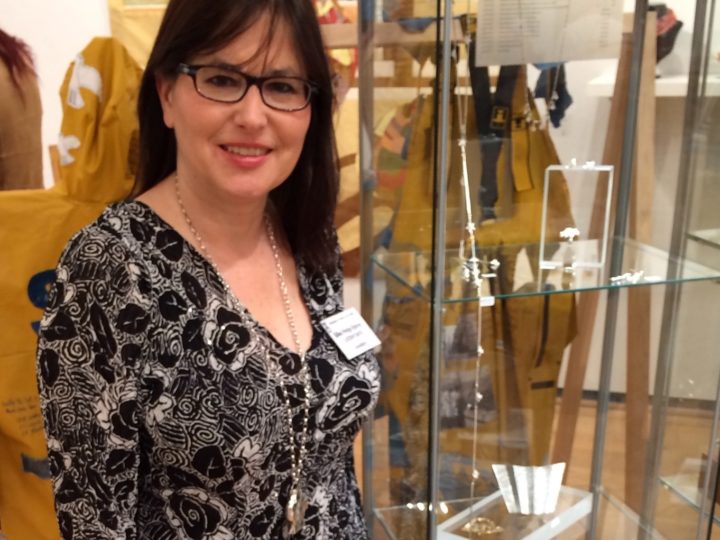 Taking inspiration from nature, the environment, art and opera, Silke designs jewellery and artefacts in copper, silver, steel and gold. She loves texturing, shaping and enamelling metal. Enamelling is a passion that never ceases to amaze. Each piece of work is individual and no two pieces are the same. Beautiful results are achieved through many rounds of workmanship. During last year's and this year's lockdowns Silke has managed to take some wonderful online courses and has fallen in love with the technique of electro forming, and making work from steel, which is an incredibly beautiful material.

2011 – Joint First Prize, The Worshipful Company of Horners, competition in conjunction with the charity Smile Train

Member of Society of Designer Craftsmen

Member of Association for Contemporary Jewellery

Member of the Guild of Enamellers