About Caroline
Caroline Webb has been designing and carving lettering in stone and wood for over thirty years; she particularly enjoys carving fine inscriptons in wood, large & small. Caroline has two daughters and lives in rural Wiltshire. 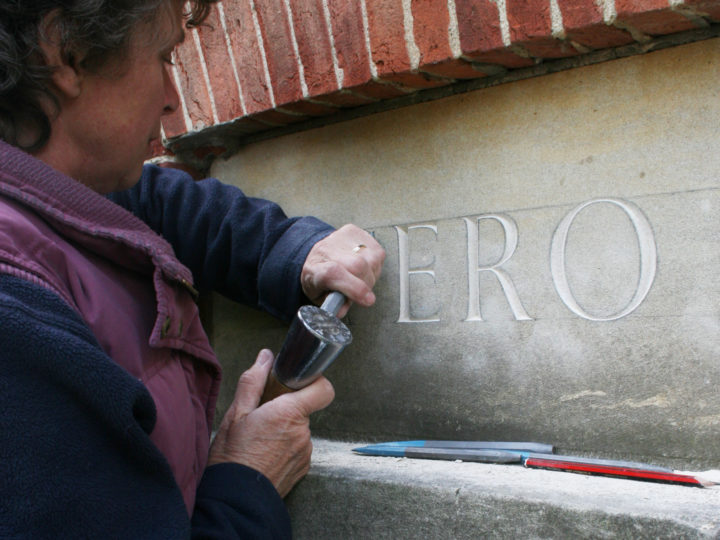 Trained as a typographer, Caroline was taught to carve letters by Ralph Beyer and Michael Harvey. From 1986 she worked more or less continuously as a collaborator with the poet Ian Hamilton Finlay, contributing numerous works to exhibitions, private collections and gardens. Caroline's lettercarving, low-relief carving and printmaking reflect her particular delight in quiet detail and an understanding and a love of letterforms. Her work is also influenced by poetry, plants and landscape. Caroline's approach to lettercarving is simple; she respects the written word and believes in the importance of lettering as communication. She is an elected member of The Art Workers’ Guild, The Society of Designer Craftsmen and Letter Exchange.

Inspired by the Word Exhibition 2017