About Siân Elizabeth
Siân has enjoyed a lifelong fascination with the natural world, especially geology and palaeontology. Much of her pleasure in smithing comes from interacting with metal and minerals. Coppersmithing is, for Siân, where the sweet spot between physics and art lies.
Website 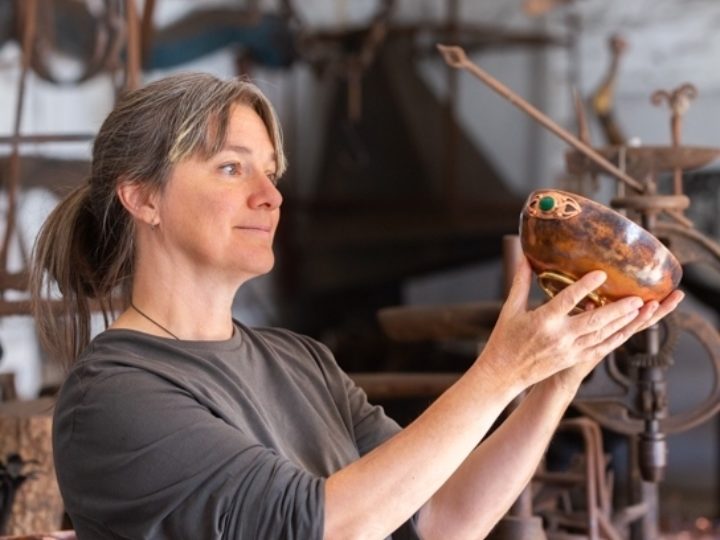 Marrying knowledge from a traditional apprenticeship in a forge with a love of natural history, Siân produces exquisite oxidised pieces of copperwork. Her mirrors, bowls, boxes and vases are narrated by fine metal appliqué and punctuated by set gemstones and rivets. Here contemporary elegance meets traditional values and craftsmanship. This is the unmistakable touch of a woman’s hand.

2011 Membership of the Society of Designer Craftsmen

2015 Featured in The Sunday Telegraph “Join the Craft Revolution”