About Moira Diane
Diane is a cloth weaver with a passion for sharing creative skills. She is lead artist with The Big Weave, a socially engaged practice with a strong track record of successful collaborative projects, making weaving accessible, bringing people together through making and creating vibrant tapestries in the process. In addition Diane works as a crafty activist in and around Coventry, creating conversations and communities around yarns and thread.
Website 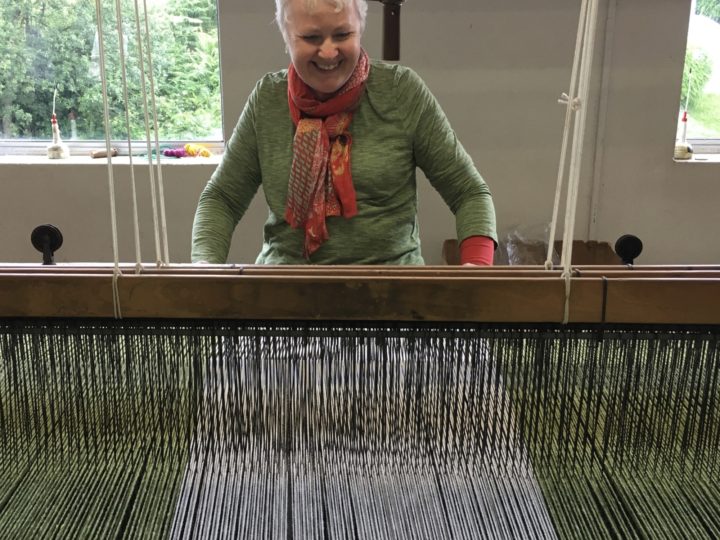 Diane was fortunate to study weaving at The Surrey Institute University College Farnham, graduating in 2002. At Farnham, understanding raw materials was paramount and Diane was immediately drawn to hand-spinning flax, creating signature yarns with different qualities and twists. She used these unique yarns to create beautiful hand-woven lengths of linen cloth. When it became difficult to find quality flax Diane moved away from her individual practice and turned her attention to sharing creative skills with others. She founded The Big Weave, a community-based tapestry weaving project that culminates in the creation of vibrant works of woven art. After ten years of collaborative working with communities Diane is now turning her attention to exploring the qualities of British wool and returning to her cloth loom to create one-off shawls and scarves.

2014 The Big Weave in the Mournes - an exhibition in The Long Gallery Stormont.

2008 National Exhibition the Guild of Spinners Weavers and Dyers, Liverpool.

2006 Flair, Belfast The very best in design-led craft and applied arts in Ireland.