About Margaret
Tapestries tell stories. Margaret Jones work is no different, she works in sequence, each work moving the narrative onwards. The tales are about the human condition, the regenerative and degenerative constitution of the human body both physical and mental. We have all experienced some such state as we age and are forced to engage with human fragility. Each viewer will bring his or her own experiences and emotions to the work, consequently no two people will view the work in the same way.
Website 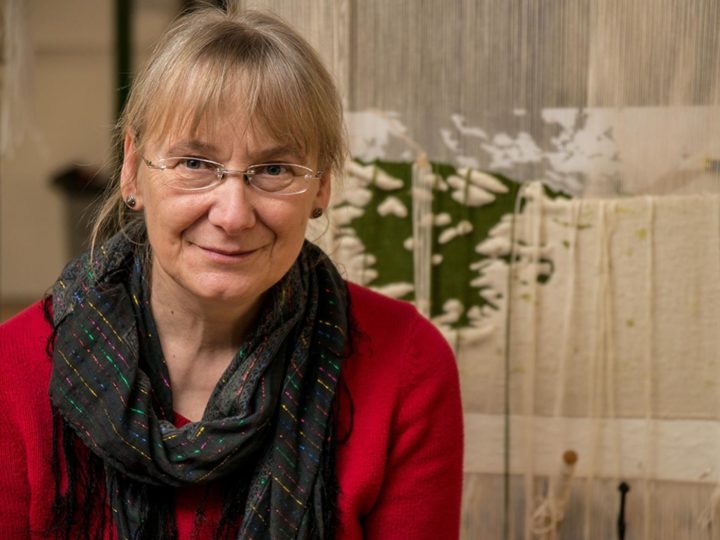 Born in 1960, Margaret came to Tapestry Weaving late in her career when, in 2012 she started three years full time study to hone her Fine Art, creative and Craft skills, finishing with an MFA in Tapestry Weaving in 2015.

Margaret does not regret leaving it so late in her life to pursue this obsessive craft as this brings to her work a maturity and perspective and would not have been present when younger.

A highly motivated artist and curator Margaret has continued to exhibit internationally and curate in the UK. Since 2015 she has organised and curated 'Heallreaf' an international biennial exhibition of hand woven tapestry. These exhibitions are an attempt to expand the field of tapestry weaving beyond the view of 'woolly painting' returning it to the area of Fine Art whilst retaining the requirement for a high level of craft skill.

Postgraduate Diploma in Tapestry and Textile Art. (MFA Year One).