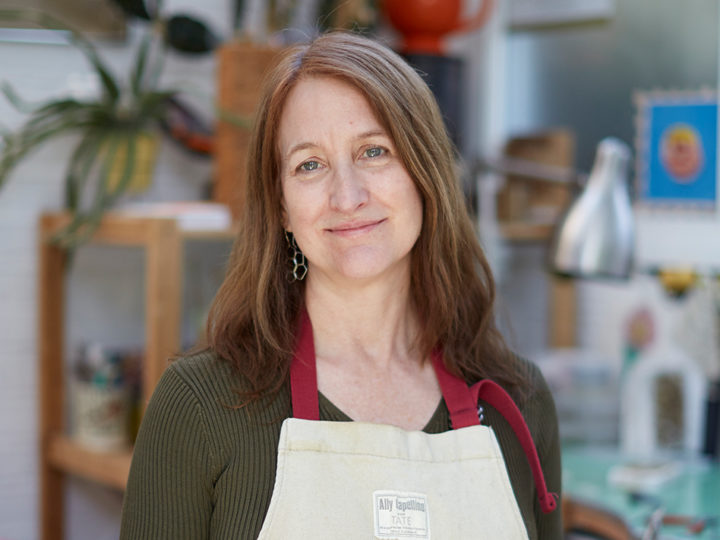 Born in the USA, Janice enjoyed an earlier career as an illustrator in Sweden. After moving to London, she retrained in jewellery and silversmithing design. Influenced by her background as an illustrator, the streamlined, graphic interpretations of her drawings are translated to jewellery using silver and gold wire. Janice carefully handcrafts her jewellery using traditional soldering techniques, taking pride in creating forms where volume and structure are key. She finds pleasure in investigating new materials to incorporate into her work and her most recent pieces offer alternative embellishment such as copper mesh, petrified wood and antique bone tiddlywinks, adding colour and texture to her designs.

Designer Crafts, The Hand of the Maker, Chelsea College of Art, July 2018

Designer Crafts at the Mall, The Mall Galleries, London, 2015

On the Line, Studio Fusion Gallery, London, A 2012

Designer Crafts at the Mall, The Mall Galleries, London, 2012

Getting Started, The Goldsmiths’ Company, 2011