About Julia
Making jewellery is Julia's passion, which has flourished for many years with the help of various educational institutions and under the guidance of big masters in London. Jewellery to her is a connection to the beauty of the nature. Nature and fine art are her inspiration. She works with materials that emerge from nature. She tries to bring out the beauty of any stone, regardless of its value. Make the person smile and forget for a second the drudgery of everyday life is her motto.
Website 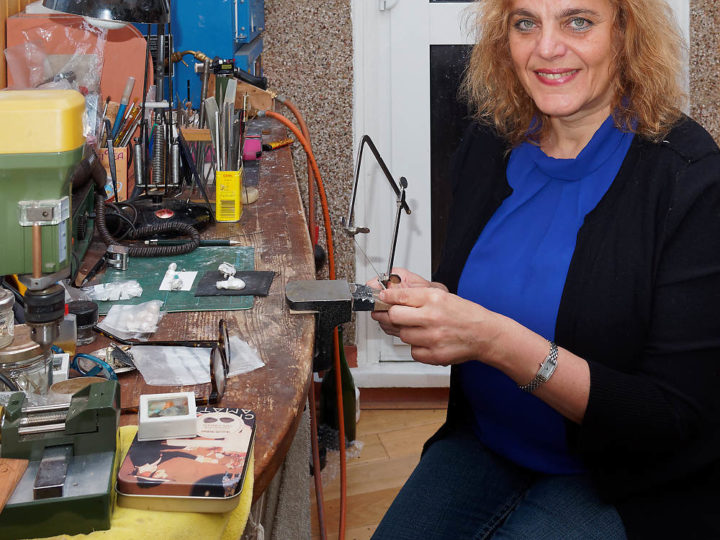 Julia is a Designer maker specialising in jewellery and in silversmithing. Since her career change 10 years ago she works as an independent maker, making items for private sale and for exhibitions. Designing and making jewellery is her passion.

Her first degree is in linguistics, with a second degree in marketing communications from the University of Westminster, London.

She enjoys art in any form, visiting museums and historic places, architecture and nature, theatre and cinema. She is constantly looking for a source for her designs. Travelling and seeing other peoples' customs and art are especially valuable sources of inspiration for her.

She works with materials that emerge from nature. She tries to bring out the beauty of any stone, regardless of its value. She sees her task in unlocking their character, in showing their beauty and individuality by placing them in an unexpected context. It can be piece of lava or a diamond, both emerged from the depth of the Earth and both have a place in her designs.

2009 to present Designer maker in jewellery and student is silversmithing. Working for private commissions and private sales.