About Andrew
Having spent his early career at sea and working as a shipwright he enrolled at Rycotewood College, Thame, in 1979. He completed his studies in 'Furniture, Fine Craftsmanship and Design’ in 1981, at the same time he passed, with distinction, his Licentiateship of the Society of Designer Craftsmen. For the last thirty-seven years he has been successfully running his own business as a furniture designer and maker. His workshop is situated in the Historic Dockyard, Chatham, Kent on the banks of the river Medway. No surprise then there is often a maritime and workmanlike feel to his furniture.
Website 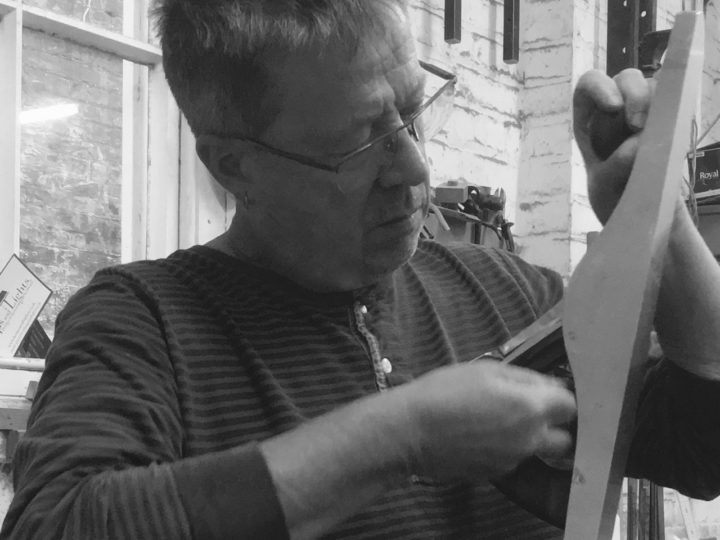 Andrew's designs are the result of a continual attempt to search for a natural response to the brief in question. An interest in the structural and decorative qualities of timber and the sculptural form often referencing his maritime background.

"Furniture, done well, not only creates space around itself it frees up space elsewhere, albeit in the home or in the head. An air of contentment between form and function should extend well beyond the space in which it exists."

1981 - Present Running own business as a furniture designer and maker

1987 - 1995 Part time teaching of woodwork to the visually impaired, at the Adult Education Centre, Rochester.