About Richard
Made by 68° is the London based design studio established by Richard Warmisham in 2014. Richard studied fine-furniture making and design at Robinson House Studio with Marc Fish. He has a passion to design and make truly considered, beautifully crafted contemporary products and furniture. He combines his love of the mid-century modern design aesthetic and an understanding of elegant simplicity to create visually stunning pieces.
Website 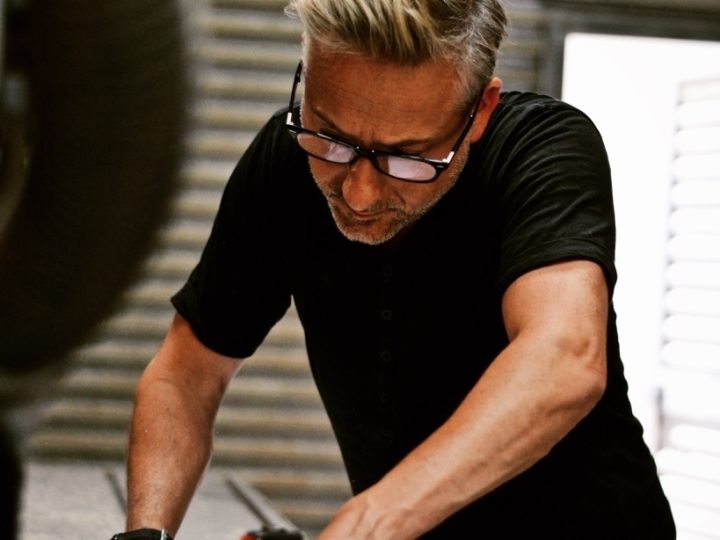 Richard was a former political researcher in the House of Commons. In 2013, he left his career in Westminster to pursue a long-held desire to make and design furniture. After signing up to study fine-furniture making and design at Robinson House Studio, Richard relocated to the south coast and spent the next year and a half training under the watchful eye of Marc Fish.

During this period, he gained much knowledge, honed his hand-skills and developed a visual language and style using colour and mixed materials. During the course he established Made by 68° and his final student piece, the Pop/Deco chest of drawers, won many admirers and even made the front cover of Cheltenham’s 2015 CCD exhibition catalogue.

Richard became a freeman of the Worshipful Company of Furniture Makers' in 2015. He also teaches woodwork courses in London.