About Geoffrey
Geoffrey's work is beautifully described in Martin Crampin's major work "Stained Glass from Welsh Churches (Y Lolfa Cyf, 5 Jun. 2014) where he says Geoffrey Robinson has a 'distinctive modernist-figurative style found in numerous windows for churches in South Wales', amongst other locations, and 'his colourful Biblical figures are designed with a dynamic use of leading and only a little painted detail'. 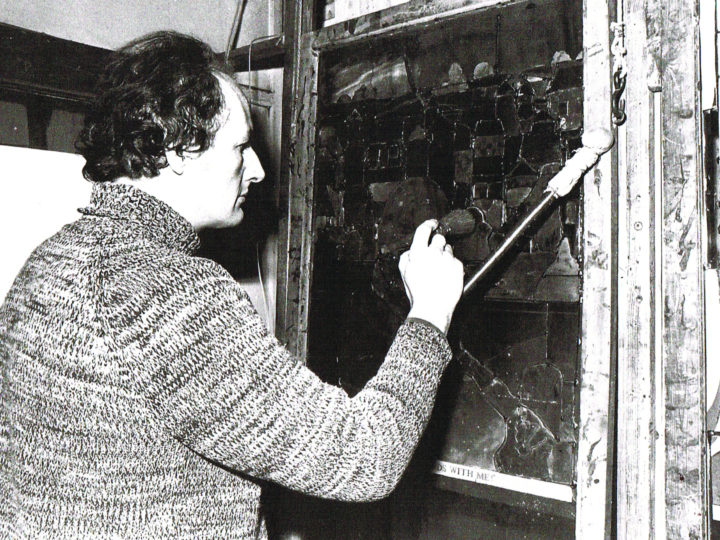 Listed below are the 12 highlights of some of Geoffrey's work but this represents only a fraction of his total output of the 150 stained glass windows he has created. His work also involves large quantities of repairs, restoration and plain glazing. His practice has also included making windows designed by fellow artists, such as Eric Fraser, Tom Denny and Peter Blake's 'Alice through the Looking Glass' series of windows.

1996 Retired but worked from home for a further 10 years

1984 Elected Member of the Society of Designer Craftsmen (MSDC)

2013 Awards a Honorary Fellowship of the Society of Designer Craftsmen