About Marshall
Marshall Colman makes individual sculptural ceramics and also designs tableware, which challenges him to create things that are useful and practical but with the beauty and natural variability of the hand made. He is interested in the place where the studio and the factory meet and is inspired by the modernism of Lucie Rie, Keith Murray and Susie Cooper.
Website 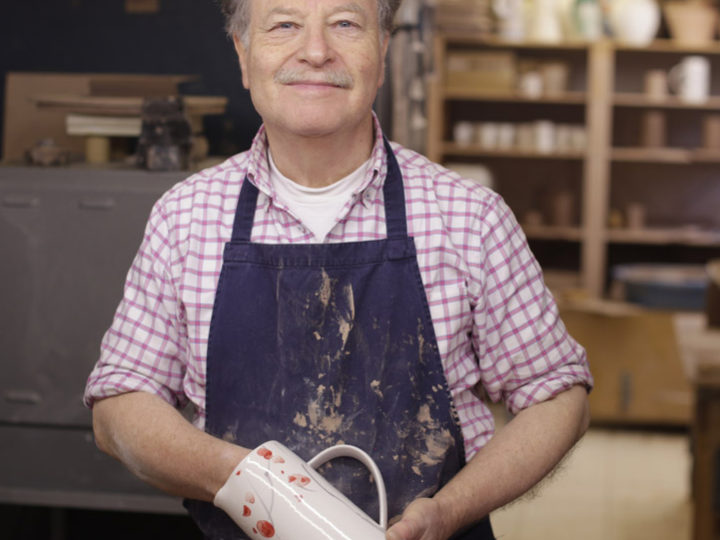 Marshall became interested in ceramics when he was a student at Keele University, near the North Staffordshire Potteries, and trained with Judith Partridge at the Rodmell Pottery after graduating. He took a break from professional making to work in public administration, then studied on the Harrow ceramic course and returned to full-time making in 2009. He is also a writer and curator.