About Haf
Exhibited this year at The Saatchi Gallery, London; at The Knitting and Stitching Show, London and at Swansea Festival of Stitch. Haf works with paint, print and stitch. She creates unique portrayals of architecture that convey a sensitivity and connection to a place. Her love of travel and her Welsh identity are a focus in her work.
Website 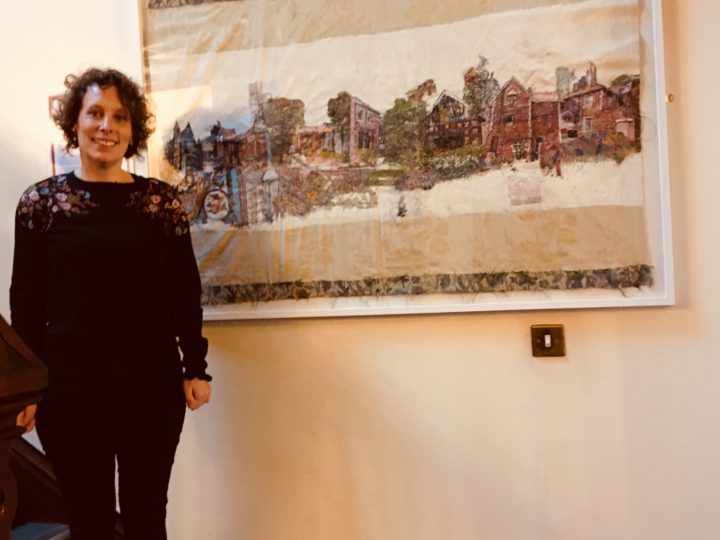 Working with paint, print and stitch, Haf Weighton uses the traditionally feminine language of thread to make marks over and through the traditionally male language of architecture, portraying a sensitivity and connection to a place. Her love of travel and Welsh identity is a major focus in her work, often referencing the different places she has called home. Art school trained, drawing and sketching underpins her practice. In 2018 Haf exhibited for three months at The Saatchi Gallery, London. This exhibition showcased Haf's work alongside work she created through the Arts Council of Wales Lead Creative Schools Scheme with children from Pencoed Primary School in Wales. She was also invited to have a solo gallery at the Knitting & Stitching Show at Alexandra Palace in 2017 and at The Swansea Festival of Stitch in August 2018. Her work is in demand and forms part of many private and public collections. In 2018 she was commissioned to create a large scale centenary tapestry for Rookwood Hospital to mark their centenary.

Exhibit and sell work through Y Galeri, Caerphilly and Glass by Design, Penarth.