About Jean
Jean’s multi-media approach combines fabric, print and stitch marks, and allows the interplay of layers that hint at complexity. Jean is ever aware that our ancestors cast long shadows.
Website 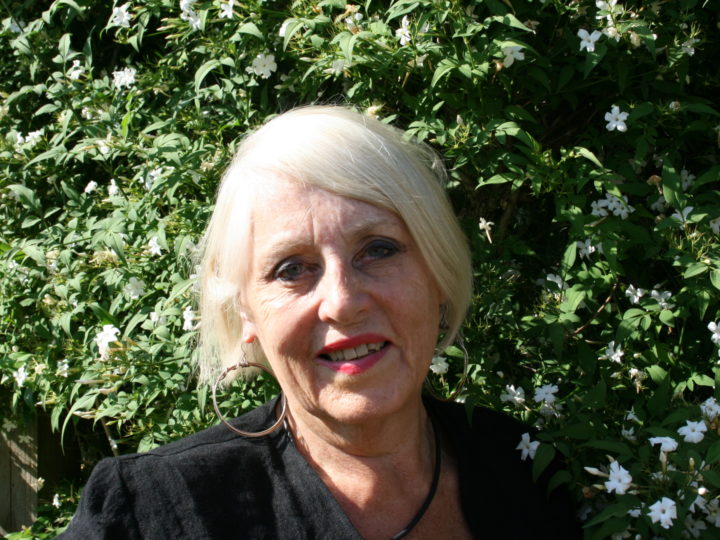 Jean’s work reflects a continuing fascination with pathways and the routines and rhythms of daily life.

There are also underlying references to the past and the echoes of our forebears.

Some images evoke a sense of life being ‘in and out of focus’. She also references notions of memory retrieval, family archives and personal narratives.

The inclusion of celestial markers such as moon phases and solstices represent consistency and change.

1977-2006 Lectures and courses for branches of the Embroiderers’ Guild and other organisations. Part-time then Associate Lecturer in Embroidery at East Berkshire College, 2000 - Artist in Residence, Course Tutor - Diploma in Stitched Textiles.

1968-Present Giving lectures and running textile workshops across the UK and overseas.

2006 Various courses in California, Seattle, Freiburg and Irsee in Germany

Kreinik Award for outstanding use of metal threads

2004 Honorary membership of the Embroiderers' Guild

1978-Present Vice-President- Windsor and Maidenhead Branch of the Embroiderers' Guild.

Awarded ‘Textile Teacher of the Year’ (with Jan Beaney)

2015 Fellow of the Society of Designer Craftsmen

Joined the 62 Group in 1991 and shown most of their major exhibitions. Exhibitions include: ‘Out of the Frame’ Crafts Council (1992),

Every Kind of Smocking published by Search Press (1985)

Fabrics for Embroidery published by Batsford (1986)

Contributed articles for:, ‘The World of Embroidery,’ ‘Stitch’ and ‘Embroidery’ magazines.

Featured in Inspirations (1996), produced by Find a Fact Ltd.

Company Co-founder with Jan Beaney of Double Trouble Enterprises to