About Consuelo
Consuelo Simpson works in response to the landscape close to her home in Hampshire. The ideas emerge through walking and looking. There is a somatic and mental engagement with the making of the work. The methods of construction are often visible and rightfully part of the structure while the materials reference elements of the landscape.
Website 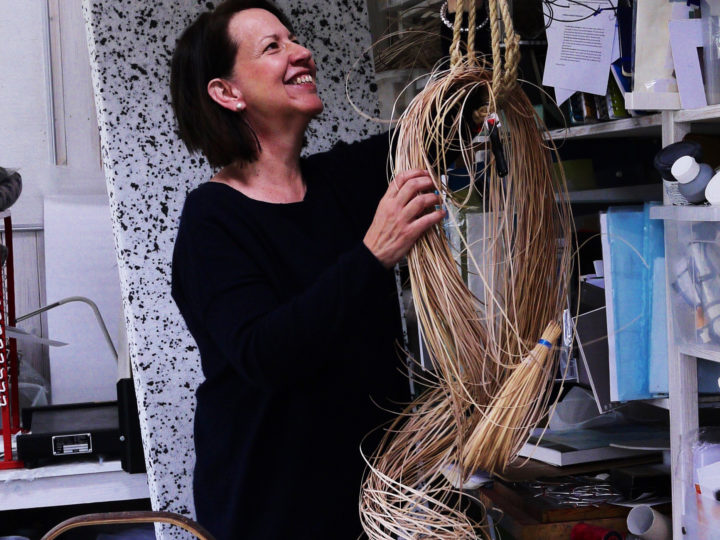 Consuelo Simpson’s practice questions a sense of place. The artist’s materials of choice are frequently modest and unmonumental, referencing the landscape and husbandry of the land over which she walks. The materials often suggest forms in response to recurring themes and ideas borne from observation and enquiry. Working with an instinctive process of investigation, Consuelo explores structures and textures in search of a relevant visual vocabulary. She constructs and fashions by hand, frequently using age old methods such as basketry, sewing and weaving techniques. The character of the materials and the methods of construction suggest connections with those who have left their mark on the land and whose history we continue to write.