About Jan
Jan is a textile artist fascinated by all forms of landscape. She creates compositions that are a synthesis of observational impressions rather than a literal image.
Website 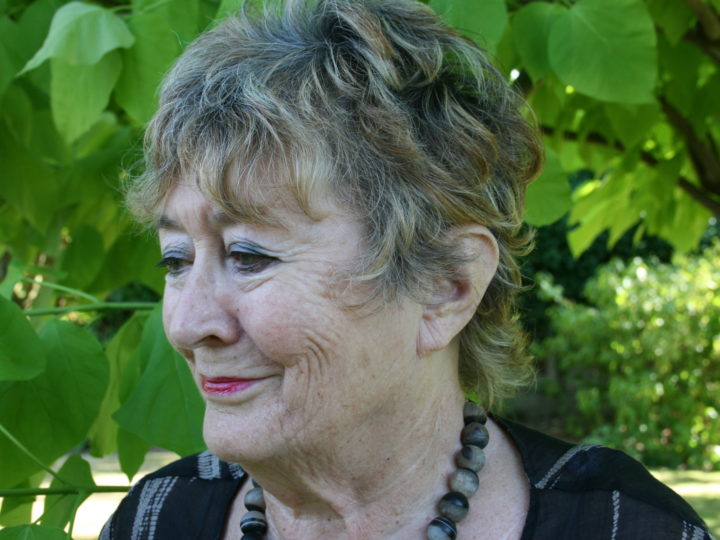 Landscape in all its forms has been a major interest for several decades. Fleeting changes of light and subtle nuances continually intrigue and challenge her to create work where elements have been simplified or exaggerated whilst still retaining its entity. The aim is to create a simple image that captures the essence of the place along with accumulated memories and emotions experienced at that time.

She prefers to work in themes and keeps sketchbooks to inform her thought processes. This enables her to work through the first impressions endeavouring to progress to more subtle, evocative responses to unexpected aspects. Her initial reactions can take some time to develop allowing time to evaluate her responses and for memories to strengthen or fade. This in turn helps the selection and compilation process of exaggeration and understatement to formalise a design.

1959- 68 Lecturer in Art and Embroidery (Grammar School and Whitelands

1966--2006 Running training courses for teachers. Lectures and courses for branches of the Embroiderers’ Guild and other organisations. 1976 - Associate Lecturer in Embroidery at East Berkshire College, 2000 - Artist in Residence, Course Tutor - Diploma in Stitched Textiles.

1968-Present Giving lectures and running textile workshops across the UK and overseas.

2006 Various courses in California, Seattle, Freiburg and Irsee in Germany

1991-97 Verifier for Embroidery, City and Guilds

1995 Degree of Master of the University (honoris causa) - Surrey University

1996 Honorary Membership of City and Guilds

1998 Honorary Membership of 'The 62 Group of Textile Artists'

2001 Honorary membership of the Embroiderers' Guild

2001 Bernina Award for outstanding use of machine embroidery, ' Art of the

1978-Present President- Windsor and Maidenhead Branch of the Embroiderers' Guild.

Awarded ‘Textile Teacher of the Year’ (with Jean Littlejohn)

2015 Fellow of the Society of Designer Craftsmen

Joined the 62 Group in 1963 and shown in most of their major exhibitions, including those at Congress House, Festival Hall, Victoria & Albert Museum, National Museum of Wales, the Commonwealth Institute, Japan and Israel. Other exhibitions include ‘Stitched Textiles for Interiors’ at RIBA (1986), ‘Stitched Textiles – A Celebration’ Commonwealth Institute (1990), ‘Out of the Frame’ Crafts Council (1992),

1988 - 95 Presented items on Bazaar (BBC1), This Morning (ITV), Lifestyle, Wool Craft (This Morning), and Good Morning with Anne and Nick.

Company Co-founder with Jean Littlejohn of Double Trouble Enterprises to