About Helen
Helen's work is about absence. She explores whether an intangible echo, a sensation, remains of a being that was once there, disturbing the atmosphere and leaving an alteration, a shift, a memory. 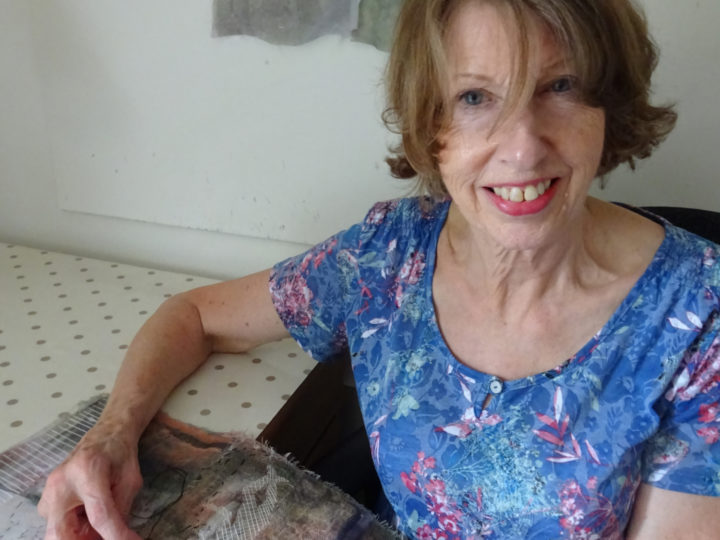 Through the medium of textiles, Helen experiments with creating the enduring sensation of a lingering presence long after its form has gone, and how the setting gives clues of that vanished presence, using different techniques of stitch, and applique. Her work embraces photography, printing, painting and drawing. The ethereal qualities of the subject are interpreted by layering translucent fabrics such as organza, chiffon, muslin and scrim, with different images of her photographs or sketches, transferred to cloth by digital printing, transfer printing, dyes or paint to build up a collage within which suggestions of figures are stitched. The work is displayed between sheets of Perspex to further create a shadowy effect. Ruined buildings, remote landscapes, enigma, and historical events provide inspiration.