About Julie
With a lifelong passion for cloth and stitch, Julie was awarded a BA Honours Degree in Embroidered Textiles in 2010. As a result of her previous studies in dentistry, her textile practice has gained a deepened understanding of the qualities inherent to a wide range of materials. This now gives her the confidence to push boundaries and go beyond traditional textile materials and processes. 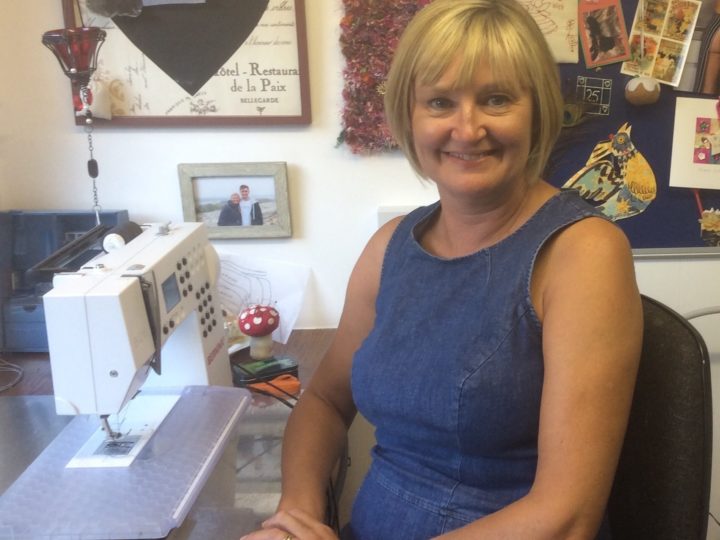 Topical issues greatly influence Julie's current textile practice, especially the ‘green-issues’ of landfill and concerns over the use of plastics. Craft has always been at the heart of her work and she now finds herself revisiting traditional techniques such as hand stitch, felting, weaving and printing.

She is excited at the prospect of advancing her work further down the recycle/up-cycle route; an area she first visited in 2015, with a project on amulets. Her recent travels to Vietnam, Laos, Thailand, Myanmar and India have re-ignited her passion for textiles/crafts and inform most of her recent works and she finds herself now with a wealth of ideas to develop in the future.