About Jane
Jane works on machine embroideries from her studio in Swanage, Dorset. The theme of these embroideries is based on figures in the environment, often related to beach and coastal spaces. Pattern and motif, depth and scale are important elements in her choice of imagery. The work may be developed from the instantaneous and repetitive act of making phone snapshots, but then that tiny moment is drawn out into the slow and mindful process of embroidering and another noticing begins. As she becomes more present she can focus on and enhance individual formal elements to further develop the piece. 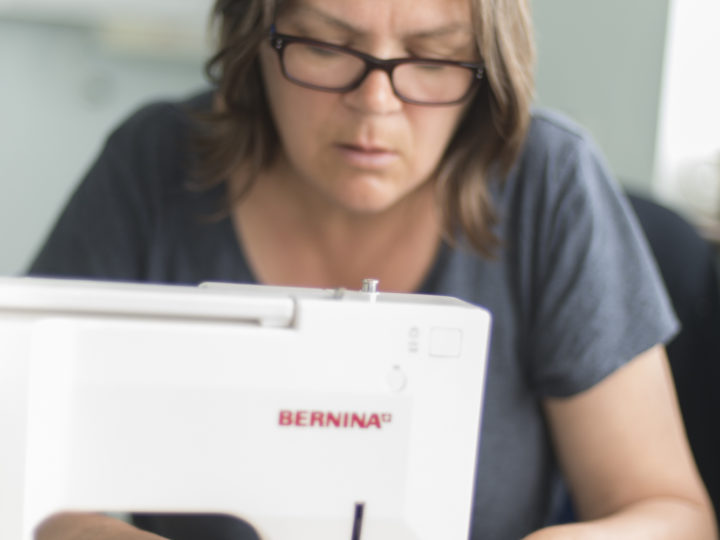 Largely self-taught as a textile artist, with an art school training and a background in arts teaching, Jane continues to experiment with stitched textiles processes.

From single line thread drawing and mark making onto various surfaces such as layered and collaged mixed fabrics and papers with graphite, ink and paint she explores the landscape, particularly the coastal environment of her home-town in Dorset. A series of postcards of local scenes for a group show became the starting point for the embroideries that she now produces, largely based around groups of figures in the environment.

She works with regular polyester and cotton threads on canvas stabiliser, without an embroidery hoop, having created her template from drawings and digital images, these are transferred digitally and worked manually as small thread paintings.

Jane is a member of an artist led Co-op in Dorset that runs the Boilerhouse gallery, where she has a regular exhibition space. She exhibits at other group exhibitions and galleries in South-West England and has work in collections in UK and abroad. She is a member of ‘Making Dorset’ and SDC.