About Ticia
About Ticia Ticia Lever is a textile artist who loves experimenting with colour and stitch, especially hand stitching. She enjoys exploring different subjects but is often influenced by nature. She has completed a series of British birds, including sea birds. However, a recent trip to India has encouraged her to work more boldly with vibrant colours.
Website 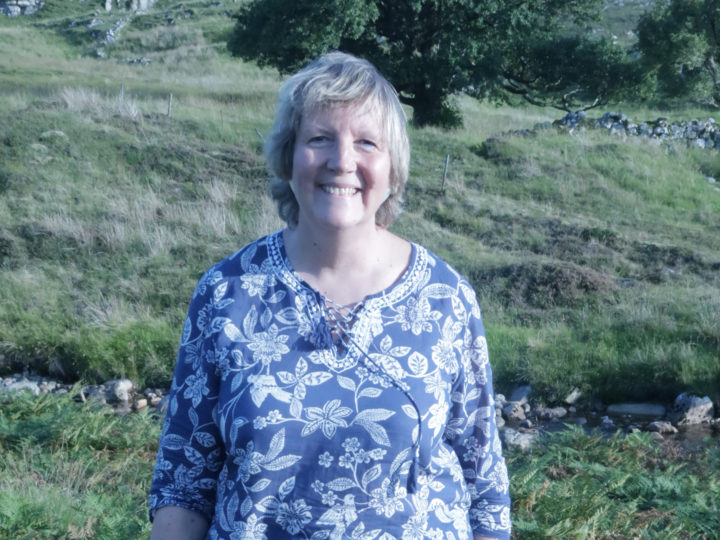 Ticia’s inspiration for her work comes from a variety of sources. However, she is especially interested in the natural environment and has undertaken a number of works concerning Cornish rocks and their erosion by sea, sand and wind. The subject of fragility is a subject that is close to her heart and this has inspired some of her work. More recently Ticia has completed a number of textiles on British birds and more latterly especially sea birds.

Water has also a source of inspiration, especially the sea and in September 2018 she attended a week-long art course in Scotland on the subject of ‘Water’. This has helped her look more closely at her inspiration, even if at times she found it challenging! She has attended a number of art courses to help in the execution and design of her work.

In 2017 Ticia went on a textile tour to India and this has reignited her love of colour and has resulted in bolder, brighter and more colourful work inspired by the rich patterns and colours of that country.

Ticia particularly likes hand stitching, which she finds restful and contemplative in a busy world and loves including a variety of textures and fibres. Although she will often use the sewing machine for her work, she likes to add hand stitching to accentuate the detail and character to her work.